On a cold snowy day at a downtown Chicago hospital, K’Valentine made her entrance into this world. She served as an early Christmas gift for her mother. The news of her birth also excited her father, Valentine Ogilvie Reid, who at the time, was incarcerated in another state. At an early age, in spite of many family hardships, K’Valentine excelled academically and in the Arts. Anything associated with creativity was and still is her forte.

As a little girl, K’s exceptional artistic ability was so evident that it’s no surprise that music became her life’s passion. When she discovered the power of hip hop, it became her first love. She dove in head first and learned everything she could about the art form. Soon enough, she was impressing friends and family with her vast knowledge about the world of hip hop.

K’Valentine began her lyrical journey by writing poetry to get out emotions she wanted to express. After a chance meeting with world renowned poet laureate Dr. Maya Angelou before she passed, K’Valentine was encouraged to practice until she mastered her craft. On the advice of Dr. Angelou, K wrote poetry non-stop, and those poems eventually transitioned into songs.

In 2014, K’Valentine linked up with Javotti Media, a label owned by hip hop star Talib Kweli, and began to work on her third mixtape, Million Dollar Baby. Million Dollar Baby finds K’Valentine rhyming over tracks that are new as well as her versions of existing hits, giving the listener a well rounded perspective of a young lady that can lyrically spar with the best of them. Million Dollar Baby puts on for the city of Chicago by featuring great Chicago artists like Bubble Eye, Vic Spencer and Mikkey Halsted, but it’s undoubtedly K’Valentine’s showcase. You can also find K’Valentine’s contributions to the world of music on Javotti Media’s mixtape, The Cathedral, which placed K in the company of esteemed artists such as Big K.R.I.T. Joell Ortiz, Curren$y, NIKO IS and more.

K’Valentine’s love for music has given her a calling, and she is here to answer that calling. The music she makes is not just wonderful for the listener, but has also been her therapy to get through life’s trying times. As beautiful as she is talented, her experience is valuable and her voice is needed. Experience K’Valentine and enjoy! 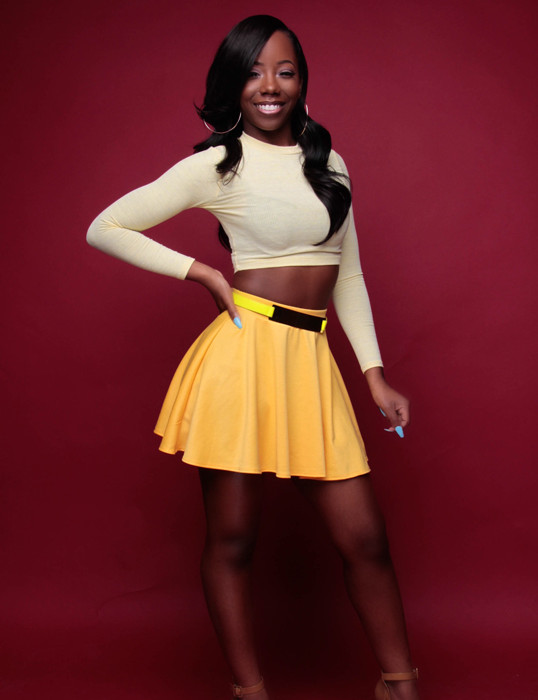