Steffanie Christi’an is a rock maven with magnificent presence. In an era where it is challenging for original music to gain and keep people’s attention, this singer/songwriter breaks through the ubiquitous white noise that crowds the musical landscape. Audiences willingly submit to her infinite energy and fiery passion while they are captivated by her hypnotic vocals. Take some Tina Turner, add a dash of Rage Against the Machine, along with a sprinkling of Alanis Morissette, and you have the perfect combination of Rock and Roll and Motown personified by Steff Chris.

A native of Detroit, Michigan, Steffanie is a natural born singer who was blessed to begin performing at local events around the city while she was a young child. At age nine, Steffanie secured her first professional gig as a paid performer at boxing legend, Tommy Hearns’ birthday party. Her Detroit roots have cultivated her music; giving birth to collaborations with local legends like, Big Proof from D12 and J Dilla’s original producing partner, Amp Fiddler.

Steffanie was 18 years old when she explored the concrete jungle of New York City. After signing to Famous Music Publishing, she spent a few years writing with some of the industry’s top songwriters and producers. Yet, Steffanie yearned to fulfill her creative destiny by expressing her own unique musical talent. She returned home to Detroit and immediately reconnected with fellow artists who were close to her heart, including Big Proof.

With an unwavering work ethic, Steffanie has performed at hundreds of events. A popular staple in poet, jessica Care moore’s Black Women Rock collaborative, she is also the former front woman of the rock band, FluxPhonic. As a solo performer, she has toured with regional funk and soul bands and has opened for a diverse range of acclaimed artists including Tom Morello, Thousand Foot Krutch, Erykah Badu and Talib Kweli. Her highly anticipated debut album, Way Too Much was released in 2014. It was a fitting reflection of her signature style.

In 2015, Steffanie toured nationwide with Talib Kweli and internationally with the Sisters, Songwriters and Sirens tour created by the Black Rock Coalition, a New York based artists’ collective and non-profit organization dedicated to promoting the creative freedom and works of black musicians.

Dedicated to honing her craft, Steffanie became a full-time artist in 2016, after leaving her 9-5 job as a Marketing Coordinator. This year represented an evolution for her as she toured with seminal acts such as, Taylor Mac and worked on her second album, It’s Complicated. Featured in Mac’s A 24-Decade History of Popular Music, Steffanie contributed to what The New York Times deemed as one of “the best performances of 2016.”

Steffanie’s recent sold out tribute concert to rock icon Tina Turner, Nice and Rough: A Night with Steffanie and Tina was a dynamic display of her bold artistry. She is reeling with excitement for what’s to come as she prepares to command new endeavors in 2017 and beyond 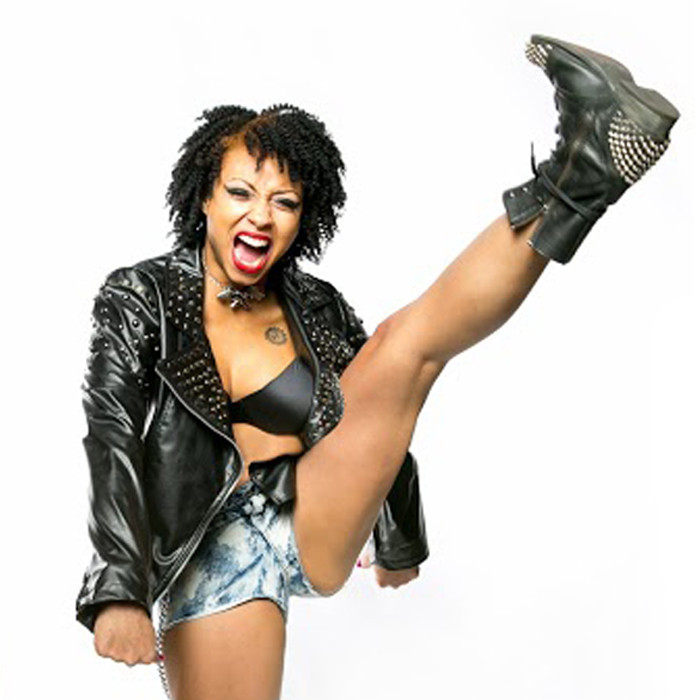