Multi-talented and multi-faceted vocalist/songwriter/musician/performer/producer and restlessly creative femme fatale.  ‘SYLVIA BLACK’/ BETTY BLACK is hard to pin down. A background in punk and jazz during her formidable years led her in many directions. ‘Intensity and quality’ being the only framework. She may be once best known as the voice of New York’s fiery electronic pop-rock trio KUDU. Directly after coming to NY fresh from her school days, Sylvia had brief bass playing stints with the likes of N’Dea Davenport ( Brand New Heavies ), Kamaal The Abtract ( Q Tip ), and Muzz Skillings (Living Color) before she put aside her bass for a considerable time. She has also vocally recorded and/or written for acts such as MOBY, DAPHNE GUINNESS, France’s TELEPOPMUSIK, BLACK EYED PEAS (as co-writer on “Meet Me Halfway”, the 3rd Top 10 single from the group’s Grammy winning, multiplatinum album THE E.N.D. , which went #1 in 19 countries)… and more. Sylvia has written the winning hits for Germany’s The Voice as well as German Idol with ‘Do You Like What You See‘ and ‘The One‘ written for 2014/2015 winners Ivy Quainoo and Aneta Sablik. Sylvia has an impressive knack for writing engaging rhyme schemes and poetic lyrics that are accessible and arrestingly visual.

Currently Sylvia leads an in-demand lounge act both on the West and East Coasts as well as touring as a bassist for Kristeen Young, vocalist for Telepopmusik, and double duty as bassist and vocalist for her own shows. 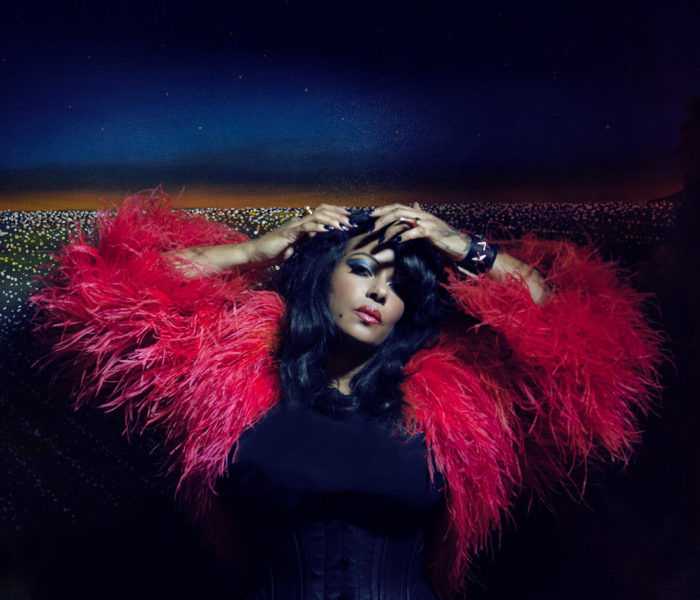